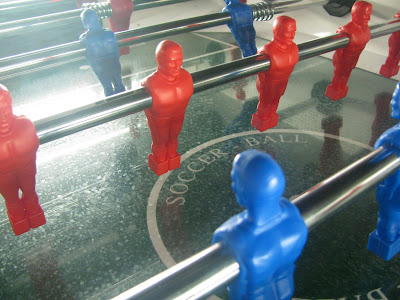 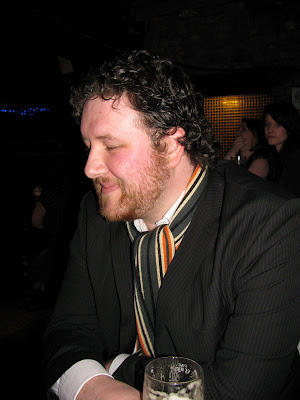 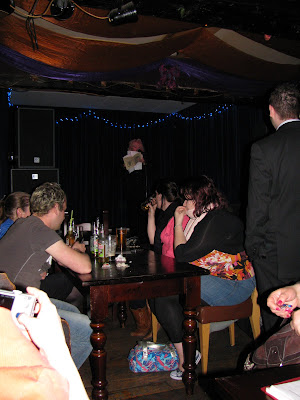 I woke up in Liverpool with a hangover, crammed all my stuff back into my massive Sherpa rucksack, then staggered out to catch a bus to Lime Street station, where I caught the train to Wigan. I was in such a rush that I didn’t bother booking a hotel, thinking that Wigan would be overflowing with B&Bs and it’d be a simple matter to stroll into one, smartly ding the shiny bell on the desk with the flat of my hand, then announce: ‘I require modestly-priced lodgings for the night, sir!’ to the smiling, deferential hotelier who appeared.

But you’re rushing ahead of me. When I got out at the station, I ended up staggering around for over an hour, first looking for somewhere suitable, then eventually just looking for somewhere to unfold my laptop and find accomodation, without getting my laptop nicked. I phoned several hotels, all of which said they were fully booked. It began spitting. I’m not entirely sure I can do justice to just how depressing a wet Thursday in Wigan feels, especially when you’re carrying a hefty bag and you’ve got nowhere to stay for the night. Every building seemed to be either a pub offering 2 for 1 shooters or £1.20 pints, or a kebab and pizza house. Following a cabbie’s advice, I walked up a hill only to find a boarded up hotel, the paint peeling, the neon sign dead. A man in a blue rollneck and peacoat was asleep in the doorway, his shaven head lolling forward like a big fleshy doorknob. Sirens echoed on the wind down side streets. Skinhead kids in white tracksuits toured in threes and fours, listlessly examining their reflections in windows, smoking fags, heckling each other.

Eventually, I found a room in the Wigan Oak Hotel. Downstairs, they have a conference suite called the George Formby Room. I dumped my stuff, then headed back out to a gig at the Tudor Rose Hotel, a bar a little way into town.

It was a poetry open mic, and I saw an impressive range of acts. The poets were competing with Wigan playing rugby on the big screen next door, and cheers and bellows punctuated the performances. John, who helps run the night, told me: ‘Poets who come down from Manchester to do this night call it “the bearpit”. They’re expecting to get their arses kissed but it doesn’t happen. It’s a tough gig.’

Still a bit shaken from my run of hard gigs, I was dismayed to hear that a gig I’d assumed would be very genteel might end up being the toughest of all.

A woman who was due to read out that night, called Mel, got talking to me. She was very friendly and I was happily complicit in steering her towards a kind of nurturing role, one which I expect came very easily to her, as a teacher.

‘Doing this night helped my confidence so much,’ she told me. ‘It’s been incredibly cathartic. It’s full of lovely people. Don’t worry. Just enjoy it.’

‘But a couple of people have referred to tonight as “the bearpit”,’ I said.

In the end, it was a very respectful, encouraging crowd. Sure, there was some talking from other parts of the pub, and people passing through to reach the toilets, but compared to the other gigs I’ve done so far, it was bliss. It was really nice to see how people from the rest of the bar would walk through, and stop to listen. I kept expecting them to heckle, but they’d just stand in respectful silence, listened to a poet, then move on. Without a night like Write Out Loud, I doubt they’d ever be exposed to live literature. Maybe they went away thinking ‘that was complete shite’, but still.

When I got back to the hotel, I had a missed call from my dad. Then he rang me. He just wanted to see how I was getting on, and as I tried to explain to him, I ended up bursting into tears. I think all the ups and downs and travelling and unexpectedness of the last 7 days had finally caught up with me. It’s only been a week, but so much has happpened already. I’ve met so many people, and faced a whole slew of new challenges. Dad was really supportive and kind, as he always is.

‘You can stop and come home at any time,’ he said. ‘Nobody will think any less of you.’ Before, when I was feeling down, he gave me what I thought was a really strong, wise piece of advice. He said: ‘It’s not all about you. It’s about what you can do for other people. You need to remember that, and think about what you can do to help others.’ It seemed like a refreshingly practical, unindulgent thing to say, and a useful antidote to too much introspection.

I’ve also been reading about studies that have shown how keeping a diary where you list things that you’re grateful for each week can help raise your overall happiness level. So, with that in mind, let the record show that I’m very grateful for the pesto mash and massive sausages in rich, thick onion gravy that I had for my tea at the Tudor House Hotel. It was proper delicious, filling, no-nonsense British pub grub, and left me with change from a fiver. When all this is over, I want to sit down with some friends and eat a big ol’ homecooked meal. Good food is something I’m definitely grateful for. Just thinking about it cheers me up, and puts a smile on my face. Yum!