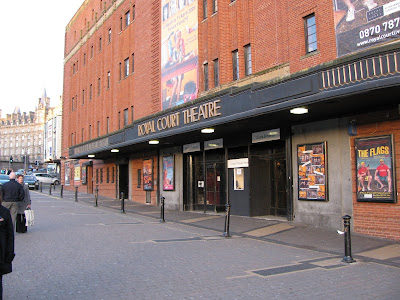 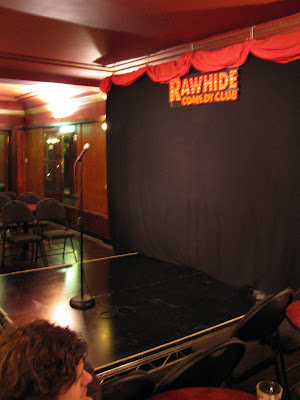 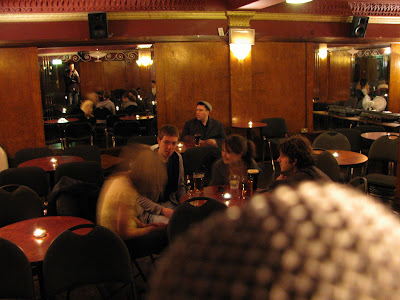 Funny thing happened to me tonight in Liverpool. I bombed. Rawhide Raw is a stand-up gong show. I met up with Nick Holloway early in the afternoon, and somehow I couldn’t resist drinking before my gig. I watched act after act die on its arse and thus smugly believed I could cruise through my set. By the time I stepped onto stage I was battered.

I dropped my first couple of gags and got crickets. Suddenly, my entire set seemed to have vanished from my head. Faced with a selection of strangers staring and judging, I lost my shit. I started bellowing at them, claiming to be a journalist doing research. At Rawhide Raw, people get gonged off using photocopied granny faces, and I started standing on chairs and yelling at the judges, asking why they weren’t gonging me off. I started monologuing off the top of my head about the weirdness of being on stage, and how I was wasting everyone’s time, and how odd it was, and how I didn’t care. Basically, I went mental.

And you know what? I actually pretty much enjoyed having an epi fit in public. There were no negative consequences whatsoever. It was actually quite fun. It seemed to suddenly expose a lot of performance as, well, less important than I’ve always seen it. You’re not likely to get bookings by being a random pissed nause, but, hmm. It turns out that bombing doesn’t feel so bad. To be honest, it was quite exhilirating. Interesting!