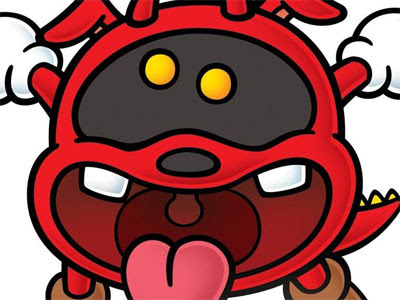 So, it turns out that getting sod all sleep while eating badly and subjecting oneself to repeated major stressors isn’t that good for the old immune system. My sore throat has snowballed into a hacking cough and headache. But will I surrender? No! At least, not quite yet.

Chatting with my dad on the phone last night, he said he thought my approach to projects has something of the flagellant, and he might be right. I suppose being all hairshirty about booking gigs and roughing it allows you to feel vaguely superior to those who don’t give themselves to their work with the same vigour – even if, ultimately, you end up being less successful than them, you can always console yourself that you’re the ‘serious’ artist, prepared to make real sacrifices in service of your craft. Also, by approaching projects in binges, rather than cultivating slow but steady positive habits, you get to fantasise about making a sudden breakthrough, and, if you fail, you can cast yourself as blameless, because, y’know, you tried, didn’t you? No one can accuse you of being lazy when you attempted all that work!

I read about a study done on children, where experimenters would give each child some beanbags, then go into a room where, on one wall, there was painted a clown with an open mouth. The open mouth was a large slot. Each child was told to try to get as many beanbags into the slot as possible. They were given no other instructions.

Experimenters found that the children adopted one of three broad strategies. They would either walk right up to the clown and ‘post’ the bags in, stand roughly in the middle of the room to make their throw, or go right to the far wall, and heft them across the room. The experimenters found that the children who posted the bags from right next to the clown, or who threw them from the far end, actually had the most in common. They tended to be more conscious of image management, and – so the experimenters hypothesised – were adopting strategies that would allow them to retreat with their dignity intact. They were either setting their sights so low that they couldn’t possibly fail, or making the task so difficult that nobody could chastise them for failing – and, if they fluked a success, they would be able to reap mega kudos.

Now, admittedly, I’ve only read the experiment in precis, not studied the original findings, so I may have misunderstood it, and I think there are definitely other possible explanations for the behaviour the experimenters recorded. After all, a clown beanbag game is obviously frivolous – participants could have come to it with a considerably different expectation set to people say, contemplating their exams, or making career decisions. But I do think there’s something in the notion that excessive praise at any stage in one’s life, especially praise for achievement or perceived internal qualities such as ‘genius’, can be destructive, and encourage conservatism and image-management in the people awarded these accolades.

I used to be a big fan of competitiveness – I always believed it was a harmless, fun form of motivation that encouraged people to work hard and strive to raise their game. However, I’m not sure that it’s always had a positive effect on me. If you’re judging yourself on how well you do against your peers, rather than asking how much effort you’ve personally put in, regardless of results, then your feelings of self-worth are often perilously unstable, and rely largely on the actions of others. It makes it harder to be pleased about colleagues’ successes, as these threaten one’s status as a high achiever in relative terms.

The tough thing is that, in live performance, your audience aren’t judging you on how much you’ve stretched yourself, or how hard you’re trying. They judge you on how much they like your performance on that particular night. You’re rarely rewarded for experimenting, risking, failing – you’re much more likely to garner a good reaction rocking exactly the same set for 3 years or so. It’s not that I believe that all performance poems have a shelf-life, after which they should be junked – if a poem’s good and still relevant, it deserves to be performed – and I don’t feel any particular extra respect for poets who churn out a large quota of substandard poems just for the sake of creating new material. That’s hackery.

But finding a balance, and internalising some of the feedback process – essentially not granting the audience as much of an initial vote as you once did – seem to me to be an important, but counter-intuitive part of putting in good performances whilst continuing to grow as an artist. I’m not convinced I necessarily typify that practice myself. I do such a range of gigs, with such a wide variety of audiences, all of whom have different demands and expectations, that it’s really difficult to centre on a single set or tone. It may be that, in trying to spread myself so thinly, I’ve ended up creating a hybrid style that doesn’t quite satisfy anyone. Hmm. Worth pondering, in any case.

Oh, and in the spirit of this whole ‘gratitude’ thing, I’m genuinely excited to see that the new MS Paint Adventures adventure has begun today: Homestuck. Go! Type something in the suggestion box! You can help shape the story! I think the main character may end up being called ‘John Egbert’. Let’s see.