So here’s a video of our attempt to break the world record for most ukuleles playing together at the London Ukulele Festival. I’d been there to open the Grass Ukes Stage, and also because they had an open mic, but I think the world record attempt was pretty much the biggest open mic I’ve ever been too! You can see me right in the middle of the shot with Tim Junior; I’m wearing a khaki shirt:

It was hella fun.

So today is Homework, the Aisle16 scratch night in Bethnal Green. Doors are at 7:30pm and it only costs three spondools, so you should come. Me, Chris Hicks and John Osborne are providing suppport with new material, then Luke’s doing a full preview of his new Edinburgh show, The Petty Concerns Of Luke Wright, where he asks ‘How does the desire to be loved by millions turn into an ego trip?’. It will be dead spesh.

I’m feeling pretty down at the moment. I suspect the reasons are threefold. One, publicity for We Can’t All Be Astronauts is just about over now, so that’s kind of it. Now, we just wait and see whether people buy it, and whether the people who read it like it and tell other people. I guess I’m feeling the post-party crash, and hoping I’ve done enough to not make it a pricey disappointment for my publishers. Having now been through the process of getting published, it’s terrifying to see how much of a book’s success or failure hinges on a handful of decisions by just a few people. Having someone pick it to review or decide to use it in a feature can mean the difference between a book reaching its target audience or sinking into obscurity. I’m not sure which of those categories Astronauts will fall into, yet.

Secondly, my grandma phoned and casually gave me the weather report for Glastonbury – torrential thunderstorms. People laugh about these things but constant rain ruins Glastonbury. Despite its history, as an outdoor event it doesn’t deal well with bad weather and as a punter, five days of clammy, shivery vagrancy without anywhere to properly sit down is a dismal trial that saps your will to live. Last year was only good because, on Saturday afternoon, the rain relented, and, on Sunday, it was sunny. Sunday was glorious, and I had a great time. The rest of the festival was miserable. Not only that, but last year, we had the awning of Luke’s caravan to shelter in, with camping chairs and a cooker and a kettle for tea. This year, we’ve got none of that – just little canvas cocoons to wriggle into, all sodden and wretched.

So yeah, I’m not looking forward to that. I feel very lucky that, as part of Aisle16, I’ve been able to perform at Glastonbury three years on the trot, to generally large and appreciative audiences in the big Cabaret Tent. Weather be damned, I love performing there and that’s why I’m prepared to stick it out through all the grimness. I’ve got a grudging admiration for the kinds of people who seem able to shrug off the bad weather and enjoy themselves anyway – that takes a level of resilience I haven’t developed yet – but, for me, the sight of a night time downpour blasting thousands of tiny tents just fills me with dread.

Finally, I think I feel bad because I woke up from a nightmare where I was being horribly tortured by a man who had discovered that I was a spy. I was pinned down, and he had a long, thin needle and he was moving it about fast, threatening to jab it into different parts of my body like the soft inside part of my elbow or the corner of my eye, and I was hysterically telling him that I’d confess everything, that I’d tell him what he wanted to know, he just had to stop because I couldn’t concentrate if he kept punishing me, but he wouldn’t, there was nothing I could do to stop him torturing me, but I knew that it’d be worse if I didn’t talk and he wouldn’t stop until I’d told him everything he wanted to know. I was hysterical and frantic and the worst thing was feeling like I had no control, like all the usual socialised mechanisms of getting a response out of someone weren’t working, and there was nothing I could do to prevent my suffering – my options were ‘bad’ or ‘worse’. I woke up gasping for air, my heart crashing in my chest.

I expect it was my fault for watching the videos from this post on Metafilter about the terrible human rights abuses that still go on today in the North Korean gulags. They’re extremely disturbing, but I’m glad I watched them – it’s obscene and outrageous that such atrocities continue to happen, although what the international community might be able to do about them is another, far thornier question. Certainly anyone thinking of going on a kooky North Korean government mandated ‘sightseeing tour’ of NK should think twice about pouring their tourist dollars into a grotesque totalitarian regime.

It’s rare that something I’ve watched translates so quickly and so obviously into a dream. My sleep patterns have been all out of whack for the past week or so. I’ve had a couple of late night writing sessions that have turned into all-nighters, but also my hayfever was making being up in the day a pretty rubbish, wheezy experience, so I preferred to do my work at night, when the pollen count is lower. One of the effects of messing up your sleep patterns is your dreams become a lot more vivid and memorable. Irritating that they’ve become memorable-horrific rather than memorable-porny, but I’d rather have horror in my dreams and technicolour carnal theatre in my waking hours than the other way round.

Anyway, if you see me at Glastonbury, give me a hug, eh? 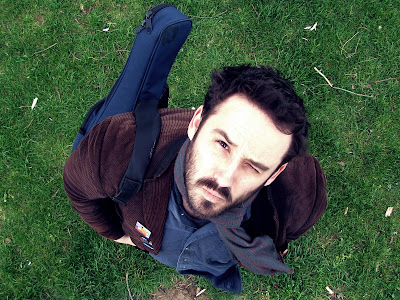