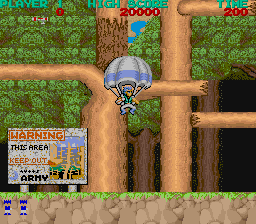 So some of you may have caught The Sun’s ‘story’ about Heather Mills getting approached by Capcom to front the publicity campaign for the long anticipated next-gen sequel to classic platformer Bionic Commando. Appearing beneath the headline ‘GREEDY MUCCA’S OUT OF LUCKA’ the article frothed about how she had supposedly been asked ‘because of her charity work with amputees’, only to ask for ten times more money than she had been offered, and also ‘that a character based on her should be the star of the project’. When passing on the story, various gaming websites have interpreted this as Mills demanding that she be made the game’s protagonist. The general thrust across the board seems to be that this is just more proof – as if proof were needed – that Heather Mills is a grasping, avaricious harpy with all the self-awareness of a vacuum cleaner. 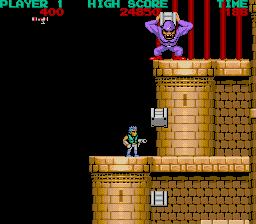 Here’s my take. One, she wasn’t being approached by a charity organisation asking her to help them raise money for a good cause. She was being approached by a massive video games company who wanted to exploit her celebrity to help them flog a product. Not just that, but their only interest in her was in her capacity as a famous monoped. I’ve noted before that the UK press seem to have got together and decided that Heather Mills’ having one leg is not a disability so much as a comic misfortune, and therefore it’s okay to take the piss, whilst elsewhere paying lip service to the idea that prejudice against people because of physical disabilities is a Bad Thing. She had every right to turn them down, or ask for whatever remuneration she felt fair. 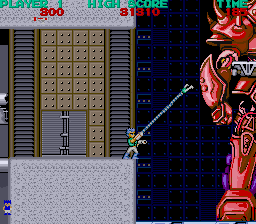 Two, if I were asked to be part of an advertising campaign for Bionic Commando, I hope I’d have the chutzpah to ask to be the main character. If it’s true, then all she’s done there is show good taste. The original Bionic Commando is an awesome game – one of the only platformers I can think of that doesn’t have a jump commmand, but it’s really compact and fun and packed with cool ideas. 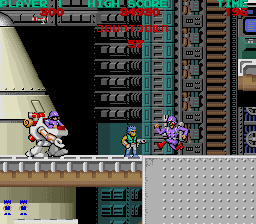 The purpose of the game is to infiltrate the enemy’s secret base, prevent their huge missile from being launched, and then kill their General. You get to swing from roof beams, sneak past searchlights, and battle helicopters and giant robots. It’s tough without being unfair, and the thrill of grapneling over a pack of soldiers’ heads is rarely matched in games from the same era. 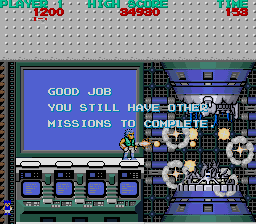 Third, I reckon the whole piece smells fishy. Would you really approach Heather Mills, practically persona non gratis in the UK press, to promote a game aimed primarily at 14-20 year old males? That’s like employing Esther Rantzen as the face of Resident Evil.

Given that the story clearly wasn’t put out by Mills herself, it seems likely that what you’ve got is a canny/cynical PR agency offering her a derisory sum to be involved in promotion, knowing that she’d ask for more, then putting the story out as a way of publicising their game, disingenuously citing it as yet another example of her ‘greed’ – the kind of quirky celeb piece twatty, credulous rags like The Sun gobble up unquestioningly. Look, Heather Mills might not be a very nice person, I accept that, but I don’t know her so it’s not my place to judge – and paper-thin promo-articles like this tell us nothing, except that during this economic downturn, attention-hungry companies can always rely on the prejudice and gullibility of the British press. 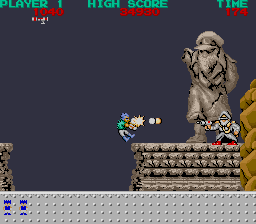 1 thought on “The Bionic Woman”