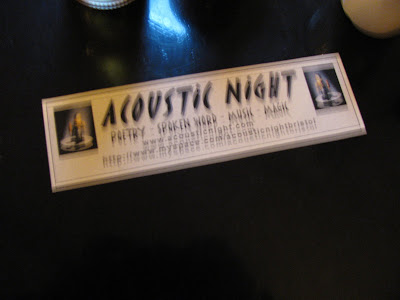 So I finally returned to my home city, Bristol, to do some open mic poetry. I did a bit of music in April at a couple of nights put on by Mark Venus, but this was my first time coming back to do some poetry. 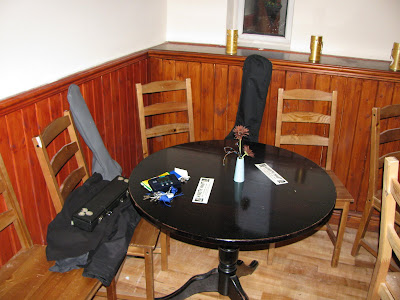 It was pleasant in lots of ways. I got to hang out with the redoubtable, articulate and completely non-hirsute Byron Vincent, a very talented stand-up poet who regularly excites in me pangs of narked jealousy. He did a new poem, but only after hurling out the standard welter of self-effacing chaff about how he’d probably mess it up and accidentally poison our unborn children, etc. Turned out it was very good and he performed it exceptionally well. Gah! Fooled again! 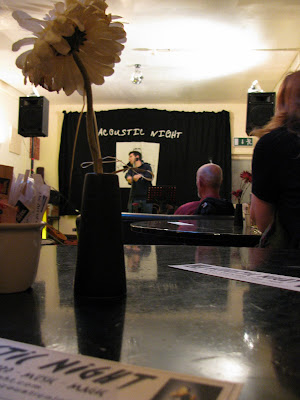 On the way to the gig, we walked from the city centre up towards Montpelier. I’d had an off-kilter sensation for a while. Suddenly, I got this weird nauseous feeling. When I looked to the left of the road, I realised we were directly opposite the flats where my first proper girlfriend used to live. It had been almost a decade since I’d gone there. The exterior had changed but I experienced powerful flashback sickness, as if my old picture of what the building looked like was constantly trying to burst through.

It was unpleasant, frankly. I felt like memories of a past life were leaking through. I remembered dropping to my knees on her doorstep in the driving rain, the day before I was due to leave to go to university. I’d wept and clutched at her. It had been clichéd and embarrassing – and utterly, utterly sincere.

In the present, I was staggering up the road, pointing weakly at things, while Byron looked on, confused and a little alarmed. We passed under the viaduct and moved onto the Gloucester Road, which sparked off a whole other set of associations from a completely different time in my life, because my mate Will used to live just off it on North Road. I pointed at the building where the Venue magazine offices used to be, and sort of wheeled and stumbled and grinned at the toy shop where me and Will once went to get Super Soakers.

The open mic itself was pretty fun. There was a set performed entirely on jaws harp, and I particularly enjoyed watching a chap called Martin John get eggy because people were talking in the crowd. He buggered off in the break without staying to see the acts in the second half, so I’m not sure he occupied any sort of moral highground when it came to respecting other performers. At the same time, the people who were noisily chatting were other performers, who I doubt would’ve appreciated his loudly gasbagging through their heartfelt recitals. One of the things I’ve found fascinating about travelling around open mics is noticing how quickly someone goes from being the meek newcomer digging their toe into the carpet to becoming a tetchy primadonna who feels entitled to an attentive, adoring crowd regardless of the quality of their material. When I’ve seen bashful virgins break their performance cherry, I’ve always been thinking ‘aww… I hope you grow in confidence’. But confidence isn’t always an admirable trait. Indeed, if you’re decidedly lacking in the talent department, sometimes a modest comportment is your biggest ally, yet it seems to be the first thing so many people shed.

At the same time, sometimes I’ve been baffled by the apparent indifference poets show to the people they share a bill with, only to find out that the person on stage has been doing the same three discursive, tedious, self-indulgent poems for the last six months, and so it’s only natural that regulars are bored to brackish, bitter tears by their outpourings. With poetry open mics in particular, where there’s a roster of regulars, each night represents a roiling political microcosm. I’m becoming convinced that you only need three poets in a room to create three bitterly opposed factions.