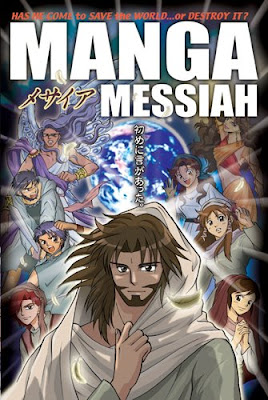 I was skittering and crabwalking my way through Northampton town centre yesterday when I came across a guitar-wielding busker outside the Grosvenor Shopping Centre, plodding through a workmanlike rendition of ‘Knockin’ On Heaven’s Door’. I’d barely had a chance to roll my eyes at his lack of imagination when a teen chorus chorus started up across the street, drowning him out. Egged on by a whooping, air-punching twentysomething youth leader, they worked through a succession of slightly off-key hallelujahs, singing into a single microphone hooked up to a portable PA. Then the man stepped aside, and the teens began stepping up to the mic one after the other, to preach.

They had a lot of gusto.

‘You can go out at night,’ shouted a young black teen in a dayglo pink puffa jacket, ‘you can get your diamond rings and stuff, but at the end of your life, you’re going to have to face God, and you’re going to be judged.’

I don’t think I’m the first person to observe that Christianity lacks a certain intellectual rigour when it comes to weighing up the balance of probabilities, but I felt that there was an underlying merit to what the girl was saying. Most people are seduced by transitory pleasures. We all pay lip-service to the notion that amassing possessions and status does not bring happiness, yet most of us find it hard not to judge ourselves based on how much we earn and our social standing. Most people act as if they don’t realise that they’re going to die some day, that they might die at any moment. They’re oblivious, to the extent that someone can scream it at them through an amplifier, and they carry on with their shopping, the even tenor of their thoughts undisturbed.

A lot of what secular Britain offers teenagers is hollow tat. Nature abhors a vaccum, and this ideological and spiritual gap tends to get filled by people trying to sell things. I really felt like I empathised with the teens’ hunger for something more substantial, and their eagerness to share it with a public who give every impression of having been numbed into oblivion by consumerism.

That said, when it came to esoteric wisdom, their particular brand of Christianity didn’t appear to have much of an edge over Skins.

The girl went on: ‘You might lie and cheat and steal, but God loves you so much, He sent His only son to die on the cross.’

That doesn’t work, does it? God loves me so much He sent His son to be killed? That’s like saying: ‘Oh, Colin’s so selfless that he sold his next door neighbour’s Nissan Micra and gave the money to Comic Relief.’

Call me ungrateful, but I don’t feel comfortable with someone having their child murdered in the name of doing me a favour – particularly when the ‘favour’ is that person agreeing to forgive me for everything I’ve ever done wrong on His eyes. If God created everything, He created physics, moral law and sin, and He created human beings as fallible creatures that – as an omnipotent being unhindered by time or space – He knew would fall short of His expectations, then He created a son, and had him slaughtered using techniques of His own invention. Talk about sadism – if God exists, He makes Josef Fritzl look like Geppetto.

Just because I’m an atheist doesn’t mean I don’t want easy answers. I’ll probably flip out at some point and join a cult with a charismatic leader and pseudo-scientific underpinnings, because questioning the nature of existence can be dismal and lonely, and the information it yields is often unpleasant. It’s difficult to whip adolescents into a frenzy of song with assertions that human knowledge will forever be incomplete, corrigible and fallible, but that, in all likelihood, we are sentient aggregations of meat in a universe slumping towards heat death.