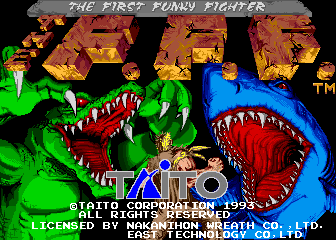 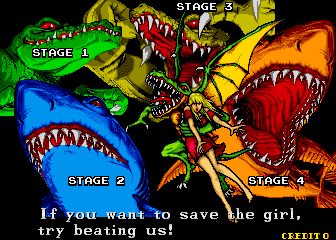 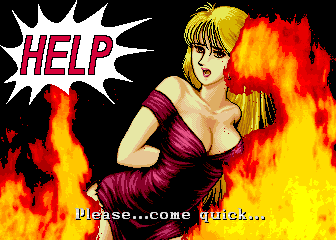 Of all the video game titles we’ve encountered so far, The First Funky Fighter is the most semantically problematic, colliding various contradictory images into a single, on the face of it ludicrous, claim of primacy. One definition of the word ‘funk’ is ‘the smell of sexual intercourse’, thus making the protagonist ‘The First Fighter Who Smelt Of Sexual Intercourse’.

This is a movie I would pay to see my friends. But surely lots of fighters have boasted a musky fuck-aroma? That heady pong of spunk, B.O., mackerel and bum juices is universally recognised as the pheremone-drenched calling card of any self-respecting warrior.

On the other hand, dictionary.com defines ‘funky’ as: ‘overcome with great fear; terrified’. ‘The First Fighter Who Was Terrified’? Less awesome, dudes. But this radical transformation from log-cocked beefcake to simpering bedwetter doesn’t do anything to resolve the central preposterousness of the claim – I doubt very much this chap was the first brawler to experience nerves before a scrap.

‘The First Fighter Characterised By A De-Emphasising Of Melody And Harmony And A Strong Rhythmic Groove Of Electric Bass And Drums’? Ah, fuck it. 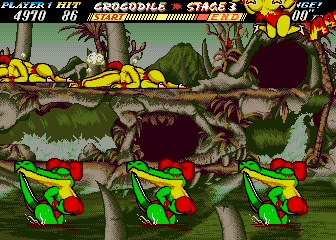 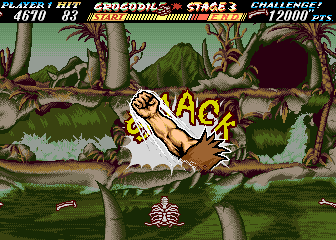 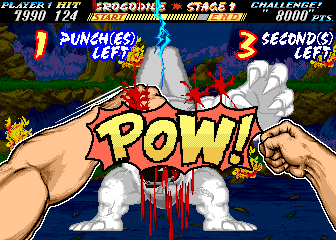 TFFF sees blond ripped-shirted pugilist Randy setting out on a quest to rescue his bosomy blond girlfriend Chris from an unholy alliance of sharks and bipedal humanoid gators. Randy is a man of few words and direct action. When Randy has a problem, he punches it. Right in the face. 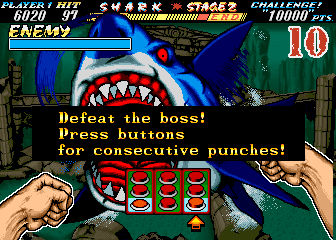 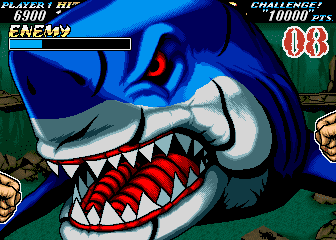 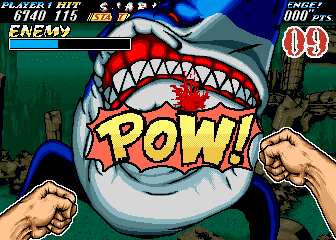 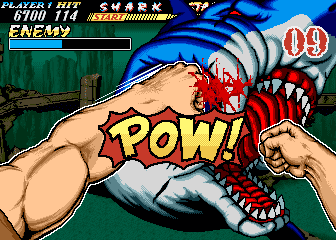 That’s not to say he’s not flexible. Occasionally, he stabs it in the face. 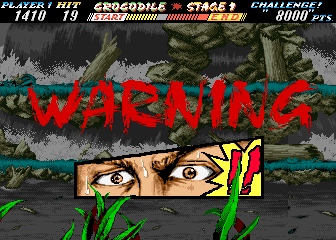 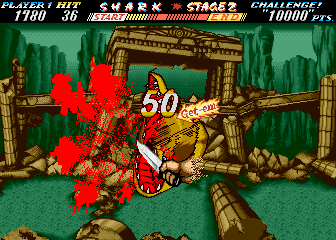 And, under very special circumstances, Randy will rip the problem’s face in half. 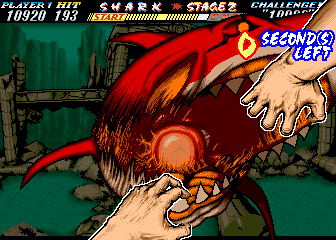 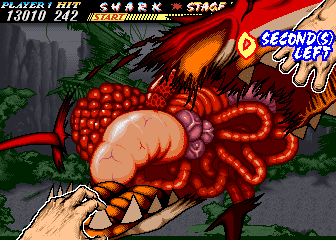 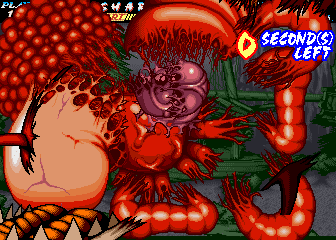 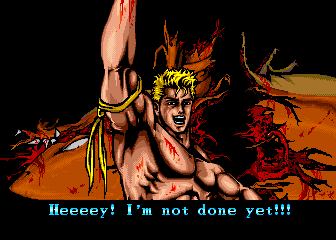 Randy is so fucking masculine, his dick has a dick. After studying TFFF, I can’t tell you if he is indeed the first fighter to smell of sexual intercourse, but to him, I expect other people’s sexual exploits smell like damp cabbage, whereas his testosterone-marinated fucking stinks of roast dinners and burning tar.

SPOILER ALERT. At the end of the game, once every enemy has been punched in the face, Randy takes Chris to the beach, and fucks her completely in half. She loves it. 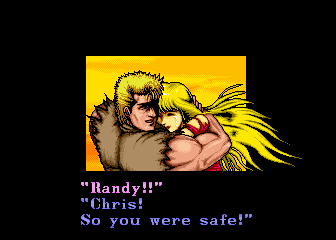