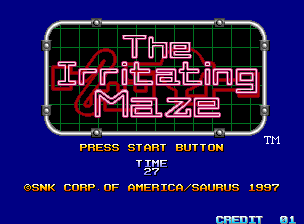 Hello, yes, it’s me, Tim Clare, inviting you to watch my strange, infrequent ritual of poking a shotgun muzzle into a barrel of writhing pilchards, then squeezing the trigger. What’s that? Some old video games don’t hold up to close aesthetic scrutiny? No shit!! What incisive, necessary reportage! You should, like, be given a job or something!

So in The Irritating Maze, you’re supposed to guide a sort of cyberpunk dreidel-cum-gyroscope round an electrified pinball machine. You get to choose whether you’d prefer to be play as a ‘Man’ or ‘Lady’, although, in the interests of gender equality, this has no effect on the game mechanic whatsoever. You can’t even see them onscreen during normal play. 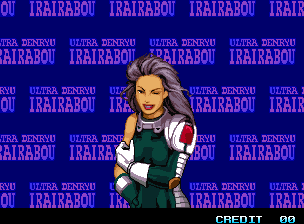 I started off with the chick. She showed her approval by having some kind of mini-stroke. 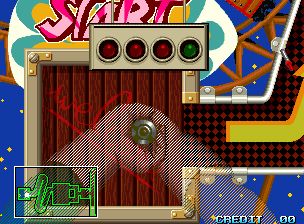 So when you start the game, you see your selected avatars’ gloved hands placing the ‘zap rod’ in the starting bay, then you’re supposed to ease it around the course using the trackball, avoiding all edges and objects, which are crackling with voltage. It’s basically a video game version of those ‘steady hand’ buzzer games, except a team of programmers worked on this for months, and it manages to be even less fun. 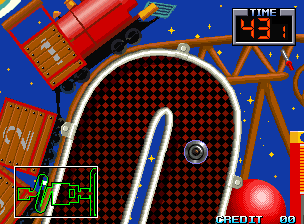 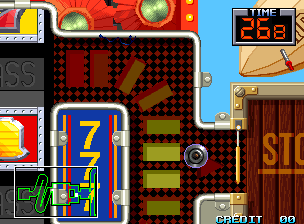 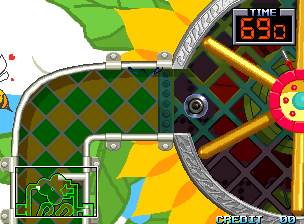 I was all set to make the obvious crack about truth in advertising, but if the creators really had wanted to give it a literal title, it would be called The Shit Game. Sure, it’s irritating, but not in that whole Marble Madness aaargh! okay, okay, just one more go compulsive way – it’s irritating like losing your i-pod, or getting buttonholed for three hours at a bad party by some dropout with vomit on his breath who won’t stop going on about how awesome The Shawshank Redemption is, no, seriously, fucking listen a minute… that film is proper shit-hot, right? Proper… like, that ending, is the best fucking ending of any film ever. What? No, go on then, name a better film! No go on, name a better film! What? That’s cos you can’t.