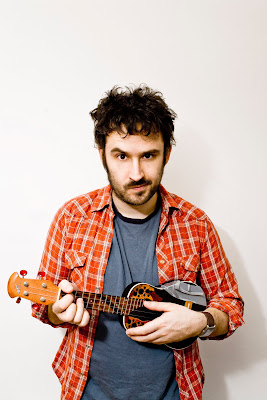 Hello! Goodness me, I’ve been busy as a bee, moving cities back to Norwich, weathering minor psychic catastrophes and beavering away on the script for my FIRST EVER solo show. Yes. Like a grotesque bee-beaver hybrid, lying on its flank, its useless wings quivering, a rasp issuing from its misshapen, bucked-toothed maw… kill me… I was not meant to be… That’s me.

So yes, rather than come up with some way of wittily paraphrasing it, here’s the press spiel:

There’s nothing like seeing your dad have a go at an activity to make it seem embarrassing. It turns out suicide is no exception.

Sacked, dumped, and stuck living back with his parents, failed writer Tim Clare struggled to see the point in carrying on. Eventually, during a 4am drive, his newly spiritual dad staged a dramatic last-ditch bid to shock him out of his misery.

Thus Tim began a quest to lose his cynicism and get happy. But when you’re faced with jeering teens, obnoxious neighbours, all six Rocky movies and a psychic horse, is there anything in this sordid world worth getting happy about?

So far, I’m booked to do four previews of Death Drive at the Brighton Fringe from Saturday 1st May – Tuesday 4th at the Royal Albion Hotel, 35 Old Steine (4-5pm Sat-Sun, 9-10pm Mon-Tues). Tickets are £5 a pop and you can get them here. Then on Sunday May 30th I’ll be doing another preview at the Pulse Fringe Festival in Ipswich, at the Sir John Mills Theatre, at 8:30pm. Tickets are £6 and you’ll be able to buy them in advance here in a few days, when the full programme goes online. It’s an exciting festival with lots of new shows to see on the cheap, so if you’re in the area, COME TO MY SHOW AND LOVE ME UNCONDITIONALLY

I’ve got more previews coming up in July in Colchester and Norwich, and maybe one or two others – I’ll post more nearer the time. In the meantime, if you do know anyone who lives in Brighton and might fancy a fun night out for a fiver, do let them know about my show, eh? I’m a bit nervous and a bit excited, all the clichés, really – also nauseous and aroused. How’s that? It’ll be a challenge to hold an audience’s attention for that long – part of what I love about performance poetry is it challenges you to compress thoughts, jokes and stories down to their shortest possible form, so you’re not wasting anyone’s time. Death Drive is quite a dramatic story with lots of twists and turns, and it all really happened, so fingers crossed, folks won’t find themselves dry retching with tedium 40 minutes in.