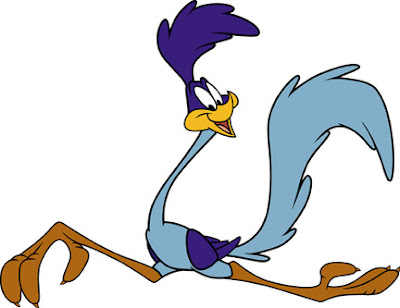 I’ve already received a whole bunch of awesome suggested poem titles for the 100 Poems In A Day Project. There’s a great variety of facetious, serious, abstract and specific lines there for me – and everyone else who decides to join in – to work from. Thanks peeps! Please keep them coming!

So, since I haven’t written any speed poems for a while, I’ve realised I probably need to do a bit of warming up. Over the next few days or so, I plan to do a post or two on poem technique and strategy, specifically when it comes to speed poems. I don’t claim to be an expert – my main reason for doing posts on the subject is to organise my own thoughts in preparation. I wonder if speed poetry is the closest written verse gets to improv, and so I expect I’ll be looking at whether any moves from improv or comedy work when transferred to writing poems quickly. Hopefully, I’ll be able to come up with a few tips that may prove useful if you decide you’d like to join me on my lengthy, many would say pointless, task. I’ll also confirm that all-important date.

Writing speed poems also resembles doing a series of micro-commissions. I’m not very fond of commissioned poetry – it’s hard enough writing about something when you’re really interested in it and feel you have some original, considered take on it, let alone when it’s something random chosen by someone else – but it may be a form you get better at with practice.

Anyway, tonight I decided to start feeling out the territory, and wrote three speed poems with my flatmate – one of us picked a line out of a book, then we had 10 minutes to write the corresponding poem. I’d forgotten how grim it feels when, six or seven lines in, you realise the poem isn’t going to work. I reckon one of the key skills to develop in writing speed poetry, is spending thirty seconds to a minute at the start, working out your tactics, and the broad shape of your take on the subject. Figure out a serviceable conceit, and writing the content is relatively straightforward. Plunge straight into your first few lines without knowing where you’re going, and you’ll find yourself rapidly buggered.

So, in any case, here are my first three practice laps. Feel free to take one of the titles and have a try yourself. I have a looong way to go:

Italians Are Still Into That

All the pigeon shit
that gives Garibaldi a Tippex toupee
while a maths teacher leaves
the gelateria licking a passion fruit
cornet and some semi-pro rower
with triceps like stirrups and deltoids
like a smooth new saddle single-skulls
east down the fishbelly green Arno;
in this funereal heat
the bins stink to high
horizons wobble with heat warp,
even the lizards can’t be bothered,
and Garibaldi’s black statue
thrums like an old stove
like a low note
or a pizza stone
and, apparently,
the Italians are still into that.

A Short Time Ago, A Tramp Came To Our Door

Now he is telling us
an elaborate story involving
inventing a new type of washing-up
liquid. I know he’s lying
but I can’t bear to send him
away because I want to hear
how it ends.

I think he may be winging it.
Beneath his grey felt hat
his good eye has begun to tick
as he fumbles for details.

Awkwardness blooms
like gunshot blood
as he founders around the part
where his research partner
double-crossed him.
‘I thought you said his name
was Alan,’ I interrupt,
‘stop, stop.’
I rearrange his collar,
brush Monster Munch
crumbs off his tie.

Dorothy doesn’t feel like
going out to The Lamb tonight
because she’s tired after
a bad day on front desk
and Oliver doesn’t know how
he can be expected to have sex
with her when she won’t watch
Shawshank Redemption and all
her clothes smell of rusks.

What if the TV jawed open
like a treasure chest,
exposing a golden airplane yoke,
or alien controls like
an insect’s complicated mouthparts?
What if the lawn became a firelake
and we had to pilot the house
away from the apocalypse?
he says.

She says
that would be brilliant.