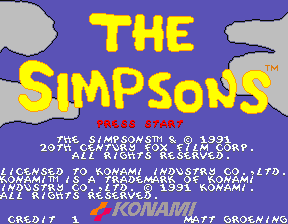 Remember when The Simpsons was edgy and impossibly funny and we all liked it? Remember how we laughed at the escapades of the titular dysfunctional family as they fought to save their youngest daughter Maggie from cackling master criminal Smithers? (and check out the canonical age of Homer Simpson up on the right there – 35?! What the fuck?! I am approaching Homer Simpson age) 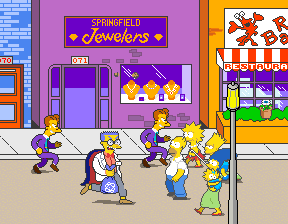 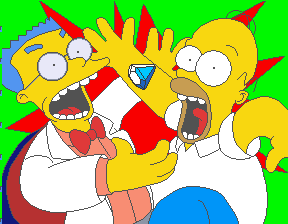 The Simpsons beat em up plays fast and loose with the characters – which is all for the best, really, given that hand-to-hand combat was never the series’ strong suit. It’s the standard 3D sidescroller dual-button jump + attack format, as you take control of Homer, Bart, Marge or Lisa, slugging through grunts on the way to the nuclear power plant and a showdown with Smithers and, ultimately, Mr Burns. 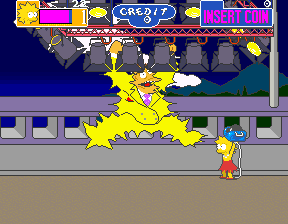 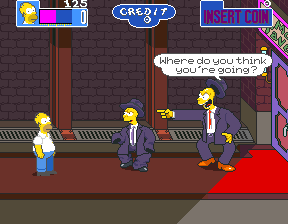 The fact that this game was made by people who apparently had never watched the cartoon is massively to its credit. Instead of shoehorning in oblique references to favourite episodes or awkwardly wrapping a gaming framework round a sitcom about America’s favourite family, The Simpsons just straight up invents bad guys and locations, guided by what is likely to be fun rather than what is most faithful to the franchise. 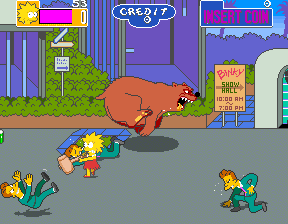 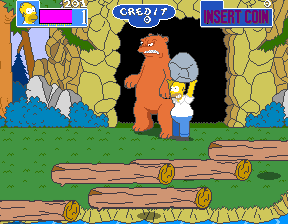 Sure, there are plenty of notable cameos, from Binky the rabbit, star of Matt Groening’s Life In Hell comic strip, to the bear from Season 1 episode ‘The Call Of The Simpsons’, which we see escaping from the zoo in Stage 2, only to burst from a log-covered cave as the boss of Stage 5. In a classic bit of weird period censorship, once you knock the bear out, it shrinks and turns into a fat human, to get round restrictions on animal cruelty (x-ref: Narc‘s dogs turning tiny and running away when you shoot them, Shadow Dancer‘s wolf shrinking when injured rather than dying, Vendetta‘s dogs howling and disappearing when punched rather than collapsing, etc). It’s okay! You were beating up a dude in a bearsuit all this time! Who, uh… had apparently been trapped in the zoo? 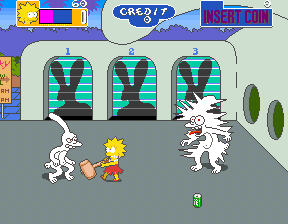 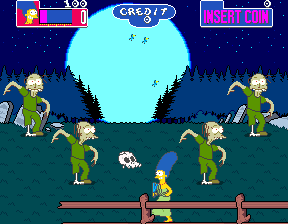 Producing an arcade game with such a lucrative licence, at a time when both arcade beat em ups and The Simpsons were at the zenith of their popularity, really ought to have resulted in a heap of crap. Konami really could have stuck a piece of paper reading ‘IM BOR T SIMSON MAN’ on the front of the cabinet with a tray underneath saying ‘leave $$$s here’ and still raked in the dough.

Instead, they constructed what remains – for my money – one of the best sidescrolling beat em ups of the era. 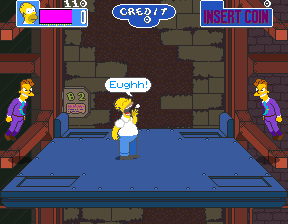 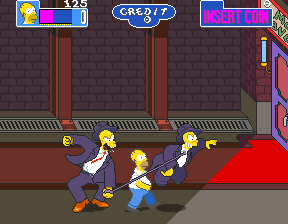 Sure, it’s not crazy-sophisticated, but it’s fun. The bosses aren’t hugely surprising, but they feel more or less fair, which is a novelty in itself. You can learn their attack patterns and get better at dealing with them – it certainly shouldn’t take long before you’re able to beat the first two stages without losing a life.

The four Simpsons all handle differently, with a reasonable variety of moves and tradeoffs between power and maneuverability. What’s more, when you’re playing with two or more people simultaneously, having your characters stand next to each other for a couple of seconds, without pressing anything, activates a special tag-team attack. This is different for every pair, from Bart and Lisa’s running double-clothesline as they yell ‘beep beep!’ to Homer and Marge’s tumble attack, to Bart sitting on Homer’s shoulders for a diving skateboard move. As you can imagine, this adds a lot more replay value and really helps to keep a long run feeling fresh. 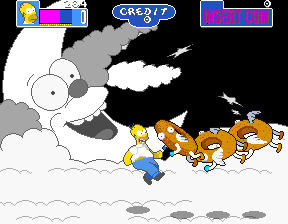 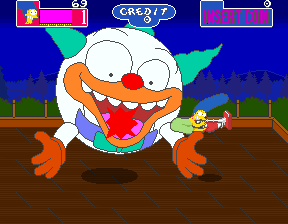 On top of that – and again, this is a rarity for an arcade brawler – the late stages have just as much polish, if not more, than the early ones. You’re genuinely rewarded for persevering to the final rounds in the TV Studios and the (frankly epic) showdown with Smithers and Burns. There’s no cheapo boss rush to pad things out and soak up your credits, no blandly repeating sprites and backgrounds – care and attention have gone into every level. 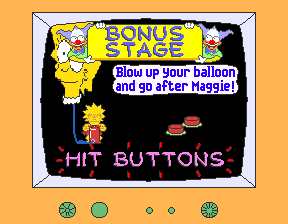 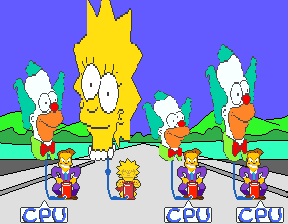 Two small-but-fun button-bashing bonus games help break things up. They’re only little touches but they speak of a quality obvious throughout the game. 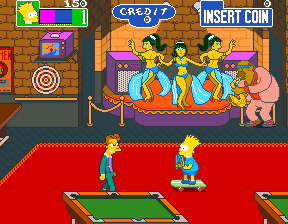 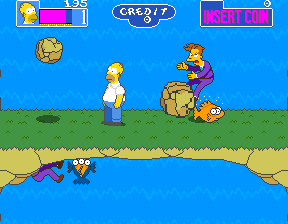 Perhaps it shouldn’t be a surprise that The Simpsons is one of the only games I completed in the arcade. Quality really does pay off. One particularly cool Easter egg, for those of us who played the 4-player version, is the police car on Stage 1. Get the whole Simpson family around it, and you can pick it up and throw it. Neat! 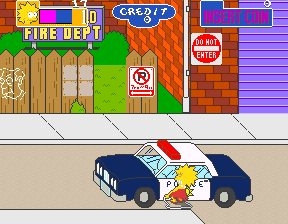 More beat em up history next Tuesday! Thanks to everyone who has posted or liked my articles on FB and Twitter. Your support is heartening, and it really helps. In the meantime, read my previous posts and make my diligent sacrifice worthwhile.