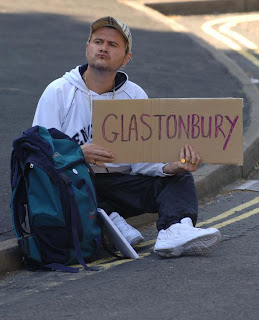 Yanny Mac has performed at Glastonbury, The Edinburgh Fringe, Latitude and the Port Eliot Lit Fest. He compered the Poetry Arena at Latitude in 2007, with his buddy Pikey Paddy, and until recently, they both hosted Norwich Birdcage’s ‘Benefit Scams’.

An acrimonious split led to a minor nervous breakdown, and Yanny’s subsequent retirement to the Suffolk countryside, where he now writes self-help poetry for trainee Domestic Goddesses. Yanny draws inspiration from prescription anti-depressants, and the fact that his door-hinges are shinier than any of his contemporary poets. Yanny is married to Aussie chanteuse Sooz McKenzie-Close (Librarian Girls). Rob Da Bank thinks that Yanny’s name is funny.

I was Aisle16’s dealer. The early years were incredibly booze and drug-fuelled, whilst we were finding our own poetic voices, and I provided ‘the band’ with a fully-expensed company car AND the ability to get hold of class Bs & Cs. Luke Wright used to call me Super-Yans.

How would you describe your work?

I’ve spent the past ten years developing performance-characters such as The Chav Poet and Domestic Goddess, but only really ever performed ranting monologues and a few issue-based poems. In that time, I’ve written over 200 page-poems, and this current period of enforced retirement is an opportunity to collate them into some sort of anthology. ‘Suburban Myths & Misses’ has been a work-in-progress for over a decade!

Yes. I think the answer’s obvious. You only have to go to a ‘poetry-reading’ at somewhere like Aldeburgh and then follow up with a set from Dockers MC at say, Latitude Festival, to see that they are completely differing art forms, done by similar people (i.e. poets!).

Because they like performance poetry?? I dunno the answer to that one. It’s not a trick question is it?

Ah! The million-dollar question!I’ve written so many now, it’s hard to have a favourite.I certainly regret writing one or two! I’ve always been proud of ‘Searchin For Me Chav Princess’ because it was my first attempt at ‘going it alone’ having left Aisle16. I had so much to say about prejudice, inequity, class snobbery and Great Yarmouth, but was sick of hearing preachy performance poems. It got me noticed, and I received some special reviews on the telly and in the broadsheets.

I think the poems that most people remember are ‘Once We Were Chavscum’, ‘Prince Of Wales Road’ and ‘I Was A Teenage New Romantic’. Punters love simplicity!

Luke Wright’s ‘Ode To Cigarettes’ was once stolen by a twat from Peterborough, and caused the Big Gay Face much consternation, so I’d probably nick that one and do a slightly better job of performing it, than the little MySpace plagiarist did! ‘Stenhousemuir’ by John Osborne still has the ability to make me cry & wee at the same time. Byron Vincent’s ‘Bob’ is pure genius!

What do you think of the state of the UK performance poetry scene at the moment? Is it okay to talk about a ‘scene’, or is that a bit unhelpful?

Yeah. There is a scene, but it’s created by the arts media, not the poets themselves. It’s very busy. There’s a lot of talent out there, but there’s also a lot of bandwagon jumpers. Look at Scroobius Pip ffs!?!

Had it not been pissing it down, the rapturous applause I received from nearly two thousand Glastonbury Cabaret Tent squatters, could be classed as memorable. I did however enjoy meeting Ralph Steadman at the first ever Port Eliot LitFest, and stealing from him the much used quote: ‘They [Aisle16] do with words what I try to do with art.’ At the time, I didn’t really know who he was!

As our token ‘disabled poet’ spokesperson, can you tell us a bit about how your disability has affected and/or informed your work as a poet? 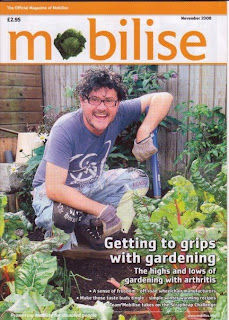 The fundamental reason for leaving Aisle16 was due to having increasingly more frequent flare-ups of my chronic disease (Psoriatic Arthritis), and therefore not being able to commit to being an integral part of a show, or going on tour. I felt that being my own boss, on my own terms, was preferential to constantly letting others down. A good lesson learnt.

I was inspired to learn that my TV lit hero Dennis Potter also suffered from psoriatic arthritis, which led to his characterisation of The Singing Detective. Debilitating disease leads one into a selfish desire to create art that s
erves as a living post-mortem & autopsy!

With your various stage personas, your taking on of zeitgeisty contemporary topics, and your Rolling Stones esque bimonthly cycle of retirement and comeback, you’re something of a master when it comes to creating a buzz around yourself. Have you got any advice for aspiring performance poets on how to self-promote without being a wanker?

No. I always believed that I was that that self-seeking wanker! I’m rather disappointed to learn that I’m not.

And finally… got a good Yanny celeb anecdote you fancy sharing with us?

I once broke up a fight between the owner of the Pleasance Theatre and Simon Amstell. The latter was being chastised for flyering his new show, and I took the blame. In Aisle16’s first TV interview, Simon from Eastenders (Tiffany’s gay brother) suggested I replaced the then departing Beppe Di Marco. At the first ever Port Eliot LitFest, I went skinny-dipping with G.K Chesterton’s niece & the Earl of St.German’s god-daughter. 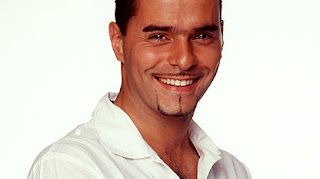