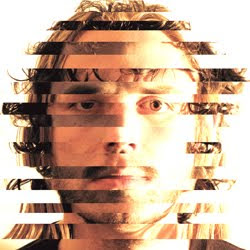 Hey, hey, hey, if you tune into to Radio 4 this Thursday, 19th November, at 11:30am, you’ll be able to hear a show about the Oulipo, where they chat to me and my fellow Aisle16ers Ross Sutherland and Joe Dunthorne about our Oulipo-inspired poems and our show about our attempt to infiltrate the Oulipo, Found In Translation.

For those of you who don’t know, the Oulipo are a French experimental literature movement who played with imposing arbitrary constraints on language (like writing an entire novel without using the letter ‘e’, for example) as a way of breaking out of old habits and encouraging creativity. On discovering their work and techniques, we felt as if we were learning a whole new language. And, like anyone learning a new language, the first thing we wanted to do was be as rude as possible. ‘Slap a gran’s damp and tangy flaps!’ we hollered, straining with mirth at our uncommon verve and ingenuity.

The show is apparently Radio 4’s ‘Podcast of the Week’, so you should be able to download it afterwards, and it’ll be on Listen Again for a week as well.