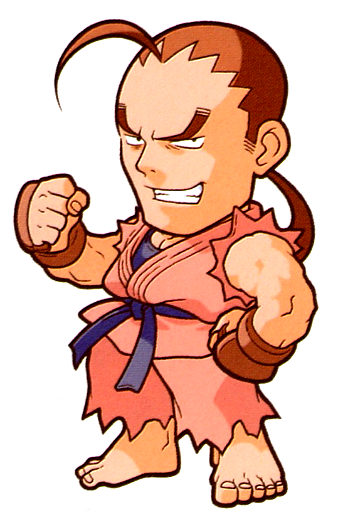 This isn’t a full-blown Welcome To The Fantasy Zone post, but since I’ve been writing a history of beat em ups for a solid 8 months now, I wanted to point you in the direction of Streetfighter 2: An Oral History. (warning: Guile’s theme auto-plays on the site)

It’s a really fascinating look at the most iconic beat em up of all time, told by the people who designed, programmed and marketed the machine. I loved the concept art – which appears to show a masked templar character and a Ganesh-like proto-Dhalsim – and some of the stories about the human beings behind the game. There are even contributions from the lawyers involved in Capcom’s lawsuit against Data East’s Fighter’s History. Seriously, it’s great. Go read it.

Streetfighter 2 was a hugely important game for me. I suspect many people my age have some sort of relationship to it, but for me, it was an obsession. I saved up the £65 (£65?! Can you believe it? I usually spend less than half that on a brand-new premium title now, more than 20 years later) and my Mum drove me all the way to Toys R Us in Cribbs Causeway so I could buy it. Then at the checkout her card got declined. I’d given her the cash back at home so she didn’t have it on her, and we drove home in a cloud of abashed silence.

A week later, we returned and I finally got my hands on the most-coveted console game of the decade. Back at home, we drew up tournament charts with all 8 fighters on the X and Y axis, and boxes representing every possible combination (with a diagonal row of crosses down the middle, for the – until we learned the cheat code – impossible identical-character matchups). Then me, my brother, and our friends in the neighbourhood would play huge tournaments that lasted hours, noting down our scores for each round and constructing league tables.

I started off as a Dhalsim player, deciding he was a prestige character with a wide suite of moves. I think I was right, but Dhalsim requires flair and a head for strategy, neither of which I possessed as a child. After a brief flirtation with Chun-Li (these days I favour fast, weak fighters over big-hitters or all-rounders; in Tekken, my Ling Xiaoyu game is fucking Christlike – after I’ve played, people hold my pad up and show it the kingdom like it’s Simba or some shit) I slid into the drab predictability of Ryu. I know, I know – I’m sorry. (as a sort of penance I tend to play as the completely rubbish Dan Hibiki (pictured above) these days, although with the release of Super Streetfighter IV on the 3DS I’ve started a dalliance with Korean Taekwondo villain Juri)

Streetfighter 2 stood alongside Mario Kart and Super Bomberman as one of the titles that made the SNES so obviously superior to the Megadrive. Yes, the Megadrive had Sonic 2 and Ecco the fucking Dolphin, but when it came to multiplayer titles, the SNES dumped on it from a great height. Those 5 hour versus sessions racing over and over on Ghost Circuit 1, and those insane simultaneous 4-player Super Bomberman marathons – they were the simple, fragile vessels into which I poured days and days of my youth.

I suppose that might sound sad, but to me, they were a wonderful, magical escape. And the thing is, those vessels have held up pretty well. I can return to them, and some of the younger me is still contained within. I can hear the opening bars of the music, and re-enter those worlds, and all at once I’m connected to those long sticky summers decades ago, the skylight propped open, the drone of lawnmowers from distant gardens and the smell of wet sliced grass wafting in as we fought in Russia, Thailand, India, as we quarter-circled forward until our thumbs were callused, pulsing with sparks, starting fires.

1 thought on “Streetfighter 2: An Oral History”