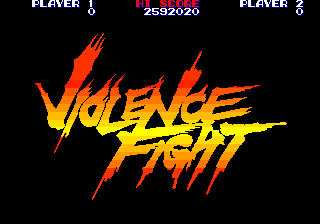 ‘Story:
In the early part of 1950’s in USA, a game called “Violence Fight” was in vogue among Mafia, reckless drivers and general businessmen.
The “Violence Fight” was the game to struggle for “No.1 Quarreler” with fighters who were gathered from all parts of the USA speaking boastingly of their strength.
And of course a lot of winning money as well as the honor were given to the “winner”.
Here in a downtown in L.A., a young fighter “Bat” and his manager “Blinks” seek for the winning money eagerly.
As a matter of fact, can Bad take the No.1 place of the USA?’ 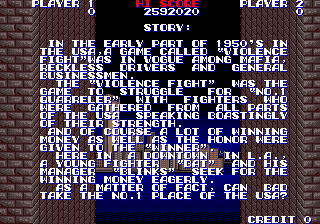 Taito’s 1989 alley brawler beat ’em up Violence Fight remains a classic of the genre – if the genre in question is ‘shit arcade games that sank without trace’. Stagger slowly around dull, samey levels! Mash at the unresponsive controls to perform as many as four or five moves! Struggle to comprehend the poorly localised text! 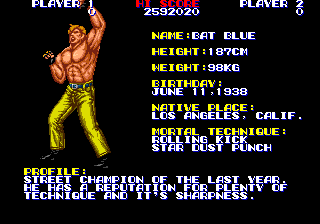 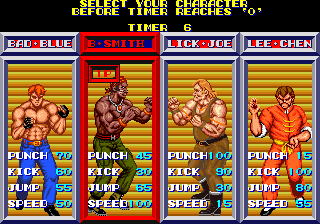 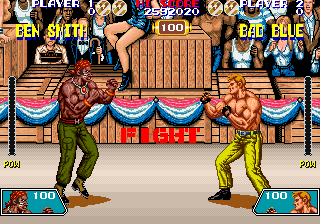 My favourite part of Violence Fight, (‘favourite’ here operating in a purely technical capacity, as it might in sentences such as ‘my favourite STD’ or ‘my favourite suppurating head wound’) are the big comic sound effects that appear whenever you land a blow that knocks your opponent over. GOGON! BOGON! 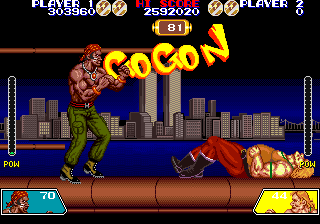 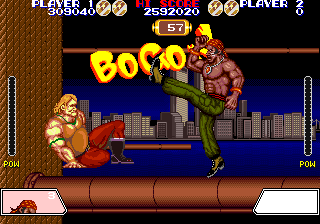 Beat three foes and you get to battle in a bonus round against the mysterious ‘Tiger’. 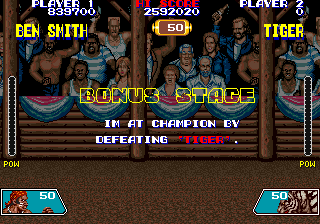 But wait, those inverted commas are a trick! You’re not facing some tiger-like brawler at all, but an actual tiger! Naturally he kicked my peasy ass. GOON! 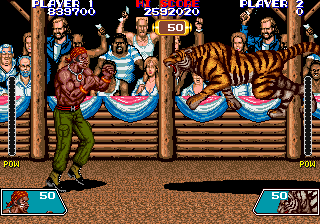 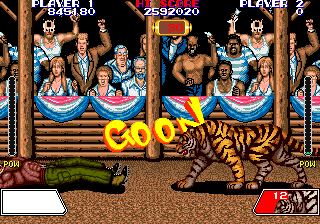 Looking at these screenshots I’m sure you’ll agree that it’s a miracle Capcom’s paltry effort Streetfighter II ever managed to find a niche in the market. But seriously, Violence Fight achieves the near-impossible task of making me recall Pitfighter fondly. WTF? I’ll leave you with my spit n’ sawdust scrapper of choice, Ben Smith, warning off his next opponent with a chilling battlecry: 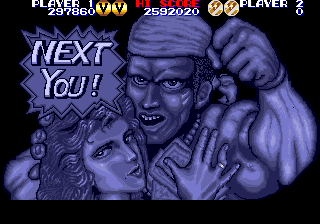